Dionysus is a very well known figure from Greek mythology, as the God of wine and debauchery his image has persisted even to this modern day. He is often represented as a young androgenous figure or an older rotund man, often holding a bundle of grapes or accompanied by a troupe satyrs and an ass.

Dionysus was the son of Zeus and Selene, a mortal woman. Zeus appeared to Selene, disguising his true identity and the two fell in love. Hera heard whispers of a mortal woman falling in love with a God and immediately assumed it was her notoriously adulterous husband. Hera disguised herself and appeared to Selene and slowly convinced her to ask Zeus to show her his true form. Selene fell for this deception and the next time she saw Zeus she made him promise to grant her one wish. Zeus was said to be so enamoured with her that he accepted, swearing on the River Styx, an unbreakable oath. When she told him that she desired to see his true form Zeus was saddened for he knew what would become of such a display. However, he was bound by his oath and he granted her wish. She immediately burst into flames upon beholding Zeus’ majestic glory. Zeus only barely managed to save the child Selene had been carrying and to preserve his life, Zeus carried the child to term himself in his very own thigh. 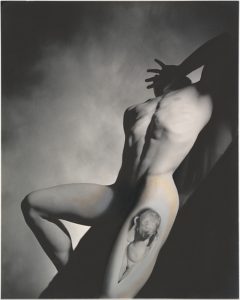 When the child was born Zeus feared for his safety for Hera’s wrath was well- known and often ruthless. Zeus gave the child to his aunt, Selene’s sister Ino, for protection. However, Hera found out and drove Ino and her husband to madness. Dionysus survived this because Zeus turned him into a ram and gave him to nymphs to care for him. It was during his time with the nymphs that he invented a priceless gift for mankind, wine. However, Hera sent the Titans to destroy him. They succeeded in tearing him apart and they ate everything but his heart which was saved by Rhea, and used to restore him.

Dionysus travelled to many places as a man, teaching people how to cultivate the vine and make wine. He and his troop of satyrs and followers travelled far and wide reaching as far as India.

“I [Dionysos] have left the wealthy lands of the Lydians and Phrygians, the sun-parched plains of the Persians, and the Bactrian walls, and have passed over the wintry land of the Medes, and blessed Arabia, and all of Asia [Anatolia] which lies along the coast of the salt sea with its beautifully-towered cities full of Hellenes and barbarians mingled together; and I have come to this Hellene city [Thebes] first, having already set those other lands [of the East] to dance and established my mysteries (telete) there, so that I might be a deity manifest among men.” – Euripides, Bacchae 14 ff (trans. Buckley) 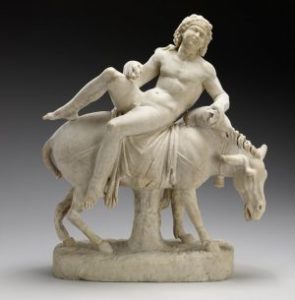 The young Gods travels were not always peaceful, on several occasions he was less than graciously accepted by his hosts. One such occasion King Lycurgus of Thrace, disparaged the God’s new ideas and chased him and his followers into the sea. As punishment Dionysus drove the King mad, causing him to kill his wife and son, and perish shortly after. Another example of The Gods wrath is also seen when he was captured by pirates who planned to sell him for a ransom. The sailors tried to bind Dionysus but the rope simply fell apart upon touching him. Vines started growing on the ship and the God turned himself into a lion, horrifying the crew, who jumped overboard and turned into dolphins. The king of Thebes, Pentheus, also tried to challenge Dionysus and followed him to a place where sacred rites were being held. Pentheus was spotted and torn apart by the frenzied Maenads, leader among them was his own mother. Dionysus was not known to be a cruel God, however he was the God of madness and frenzy and he punished those who slighted him using his power over the mind. 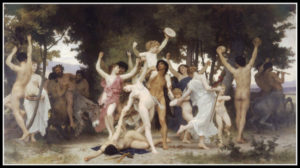 God of Fertility and Rebirth

Dionysus grew to have a great following and eventually rose to the ranks of the Olympians after Hestia ceded her throne, tired of the Gods bickering. Despite the popularity of his title as the God of wine and festivities, Dionysus was also a God of fertility. Women flocked to worship him due to his ties with childbearing and the harvest. His decapitation and resurrection made him a symbol for rebirth and the cutting of vines to ensure that they grow in the next season. Dionysus also travelled to the Underworld and managed to successfully retrieve his mother, now Thyone, and deliver her to the heavens, giving further credence to this other title. He and Demeter were both a part of the everyday lives of the Greeks, receiving offerings and having many festivals devoted to them. 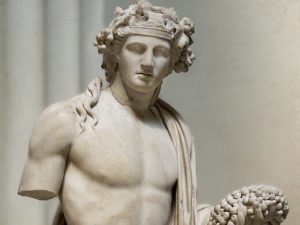