Harry Potter is undoubtedly one of the best selling books in the world and, like many people my age, I grew up reading these books. Till today, whenever I look at my shelf and see those seven books I feel myself filling with warm nostalgia and it is not uncommon for me to re-read the series especially when I’m stressed. It is safe to say that Harry Potter has a magic surrounding it that makes the novels timeless. But what is it that makes the books timeless? When I first read the books, I didn’t read past the words on the page. In my mind, the only intention of J.K Rowling was to tell a wonderful story of wizards and witches, dark lords and chosen ones. Yet the reality of it soon became apparent, Rowling had included all sorts of undertones throughout the books and it is these undertones which gave the novels this element of timelessness. It might be difficult to conceive that a children’s book would have deep and meaningful undertones, but it wouldn’t be the first time and Harry Potter is packed full of them. But one specific undertone interests me the most, and that is J.K Rowling’s use of classical references. Her use of classical culture and language is extensive yet incredibly interesting, and the more deeply one looks into the novels, the more one finds just how extensive these references are, and just how brilliantly she used them.

Ancient Greek and Roman mythology is an incredibly interesting subject, therefore it is not difficult to see why Rowling would have borrowed from it. The first example which I would like to give to you comes from the first book (‘Harry Potter and the Philosopher’s Stone). In this book, Harry Potter and his two companions must face a ferocious, three headed dog named Fluffy. Rowling has lifted this beast straight out of Ancient Greek mythology, although the Greeks gave it a different name, Cerberus. Cerberus was a three headed dog which guarded the Underworld and we come across this beast in several episodes in mythology, but most notably in the myth of Orpheus. This man is a lesser known hero of Ancient Greek mythology, known as one of the greatest musicians in the ancient world. Having lost his wife, Orpheus found his way into the Underworld in the hopes that he might save his wife but his path was blocked by Cerberus. Therefore Orpheus pulled out his lyre (a musical instrument) and began to play and Cerberus was so moved by the beauty of his music that he let Orpheus pass. Therefore, not only has Rowling lifted Cerberus from mythology but also the story of Orpheus. We are told that in order to get past Fluffy music must be played to put him to sleep therefore allowing Harry and his companions to get past the beast safely just as Orpheus plays music to get past Cerberus.

Many characters in the Harry Potter novels bear a name either from mythology or from the later classical period, but in either case, we find that their name reflects the personality of the character. Take, for example, Professor Minerva Mcgonagall. Professor Mcgonagall is a very prominent character throughout the series who always leaves a lasting impact. Despite the fact that she can be quite strict with Harry, it was always clear that she was protecting him, even when he was only a baby. But, why am I mentioning this? Professor Mcgonagall’s first name is Minerva, the name of the Roman goddess of wisdom who is identifiable with the Greek goddess Athena. In mythology, Athena/Minerva is known to have taken a liking to certain heroes and go out of her way to help them. One such example can be found in ‘The Odyssey’ by Homer. In this epic, the hero, Odysseus, is constantly watched over and protected by the goddess Athena who admires him for his wits and cunning. Therefore Rowling re-enforces Mcgonagall’s role as Harry’s protector by giving her the first name Minerva.

This may be the most obvious classical reference included in the Harry Potter novels. J.K Rowling got her B.A in French and Classics, therefore she would have definitely known Latin and made extensive use of the classical language in her books. The most common inclusion of Latin comes in the form of the spells used in the wizarding world of Harry Potter. For example, a very common spell used is the Accio charm, used to summon near by objects. This word, Accio, comes directly from the Latin verb Accio, which means ‘to summon’. Another example would be the spell Expecto Patronum, another very popular spell. This incantation summons a personal defender for the witch or wizard using the spell. In Latin, the verb ‘exspecto’ means ‘I await’ or ‘I have need of’ while the second word is a Latin noun meaning ‘defender’. Therefore as you see, Rowling uses Latin to not only give a name to all the spells but also a meaning. However, spells are not the only inclusion of Latin in the Harry Potter novels. The motto of Hogwarts, the wizarding school, for example, is ‘Draco dormiens nunquam titilanus’, which can be translated from Latin as ‘Never tickle a sleeping dragon’

So what? What difference does it make if Rowling borrowed ideas, names and language from ancient civilisations? I would argue that it makes a big difference. As already mentioned, the Harry Potter books have a timelessness that few other novels have achieved. On top of the nostalgic feelings that the books might incur, these references to Ancient Greece and Rome, these allusions to the classics, instantly takes our minds back in time and make us believe that the story of Harry Potter must belong to the classical period. This is the magic of the Harry Potter novels. This, of course, is not to say that the reader must be aware of the classical references to truly enjoy the books. Yet the classical references not only bolster the underlying story of the book but also offer something to the reader as well. Knowledge of the classics is not readily available, or at least it is not approachable, but Rowling has managed to make classical content available to all in her novels, in the guise of a children’s story 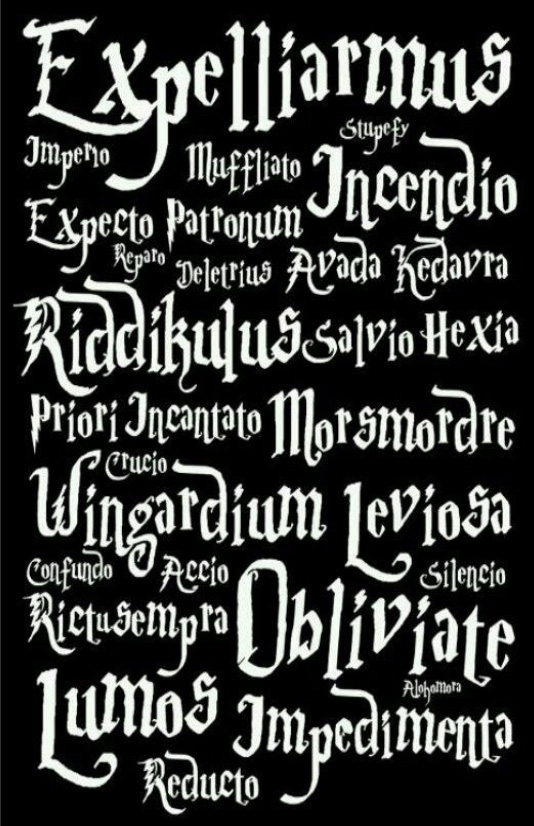 A re-publication of a recent article featured in BOOKMark (October 2017 Edition), written by an exec-member of the MCA.